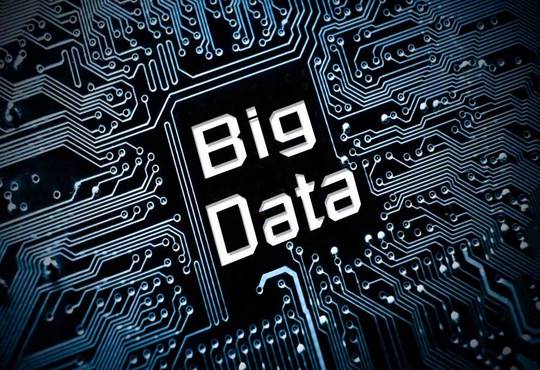 It is no surprise that today the normal enterprise generates more data in a week compared to the combined data built up over ten years. Organizations still find it tough to comprehend data arriving at high Volume, Velocity, Variety, and Variability. To put the pain points into a single equation, the only constant is the doubling of corporate data, at least once in two years. Such data levels - now called “Big Data” - are beyond the scope of today’s ordinary machines and SQL DBMSs, and this leaves enterprises questioning the cost effectiveness and reliability of traditional methodologies as technologies and data piles up over them.

Answering to the requirements of SME’s as well as large organizations for reliable and modern Big Data management solutions is Michigan headquartered Scientel Technologies. Having started operations in the space of DBMS as early as 1978, the organization is today a specialist in advanced DBMS design and applications/systems integration for Big Data, with a niche expertise in NoSQL DB design.

Scientel, under the leadership of CEO, Norman T. Kutemperor, began its journey in database management way before the Internet era, when the team started developing DBMS to address the SME environments in 1978. Although Oracle and IBM released SQL-based Relational DBs in the early 1980s, as far back as 1985, Scientel was already developing NoSQL-type tools for Unstructured DB Analytics, and in 1988, released an initial Non-SQL version of a DB. “By then IBM and Oracle had already established SQL standards. Around 1989, our research uncovered Big Data in the soon to arrive Internet era; and identified major vulnerabilities with SQL DBs; thus we were able to accurately predict the limitations of SQL for Big Data,” says Kutemperor. Though Big Data was a term still in its infancy, Scientel proceeded with unfailing commitment to Non-SQL DBMS research and released the Gensonix NoSQL DB in 1993. The product included distinct procedural NoSQL capabilities for structured as well as unstructured data which were way ahead of its time.

Deciphering Big Data before it became a Phenomenon

Although enterprises enjoy a considerable amount of growth, many still fail to recognize various sources through which information is arriving. From emails, texts, images, videos on one spectrum, to web logs, blogs, social media, MS documents and PDF documents on the other, the list is almost endless. Despite some organizations recognizing these sources, they are stuck in a status quo with no idea how to proceed, decipher and use the different data forms effectively. This can simply be pointed out to a lack of expertise, outdated infrastructures and sluggish tools which hamper collection, organization, reducing, storage and retrieval of desired data. Scientel can cover this ground by leveraging its vast experience in the space of Big Data through its array of platforms and services.

Scientel, apart from a host of solutions before the turn of the millennium, took its first steps in the current generation of Big Data solutions in 2001, when e-commerce was beginning to make strides. The team released the DBIS e-com for e-commerce, which was developed to handle real-time inventory/transactions with the differentiator being its ACID capabilities. “The DBIS e-com provided structured inventory/transaction data management along with electronic catalog unstructured data management in a single DB. We subsequently released the DBIS Supply Chain Management system in 2003” says Kutemperor. This NoSQL solution, which was built against typical SQL type application in a structured environment, incorporated the basic principles upon which Scientel’s overall designs are based on, i.e., efficiency and cost-effectiveness in managing structured as well as unstructured data from a single NoSQL DB. Keeping these principles as the base, Gensonix was the next solution that was formed as a platform to support distinctly different data models for unstructured as well as structured data. Many other NoSQL DBs of today as well as SQL DBs during the period were based on a single data model for all types of data.

The Array of Products

Scientel has built its services based upon four core products that are backed up to two platforms. The product range includes the ECMS system, which is a first of its kind data management tool to decipher both structured and unstructured content. The DBIS Intranet, built by the Scientel team, provides an interactive, web-like Supply chain Management System designed to run on the client’s intranet.  Thirdly, the DBIS e-Commerce product provides enterprises with an easier way to transact businesses over the Internet with a secured server for protection of critical data. Perhaps one of the major differentiating factors of Scientel would be its ability to scale massively. The Scientel base level Large Data Warehouse Appliance (LDWA) machine designated LDWA2200 system has been integrated with over 172 CPU cores, which easily matches the size of an IBM series Z mainframe.

The Gensonix suite is the flagship platform of the organization that provides a Highly Scalable Server Environment capable of handling Big Data requirements of any size. “Although it has similar capabilities found in standard, SQL–based database management systems, its power, flexibility and scalability can do so much more,” points out Kutemperor. Gensonix’s capabilities have been highlighted further in the panel below.

For large scale enterprises, taking the Gensonix capabilities to the next level is Scientel’s LDWA series that has been optimized to run the GENSONIX Enterprise NoSQL DBMS to provide management and maintenance of super databases which can range into trillions of transaction records.

Thus, the combination of the 4 product lines, coupled with the company’s three decade old expertise in Big Data, makes Scientel’s offerings a force to reckon with in the data sciences and analytics market today.

Showing the world the Potential of NoSQL

Moving forward, leveraging its staunch inclination towards innovating in data sciences and the management’s vast experience in the field, Scientel today is actively seeking funding to provide solutions on a global basis to show just how effective NoSQL DB technologies can be in solving Big Data problems.

With the Information Era in its peak and poised to affect us all in some way, Norman T. Kutemperor and Scientel Information Technology, Inc, are well positioned in the center of the business to takeon the societal shifts that will result and to steer enterprises towards success. While the established offices in US and India lend them much needed reach, Kutemperor plans to take development capabilities to the next level in India and Europe. Expansion plans include additional development capabilities in India along with European and Asian sales and data centers.

Judging by its veteran standards and a never fading commitment to embrace the new, Scientel plans to continue to change the game in Big Data by leveraging its unique NoSQL DB capabilities and throw a few surprises to the big guns in the industry along the way.