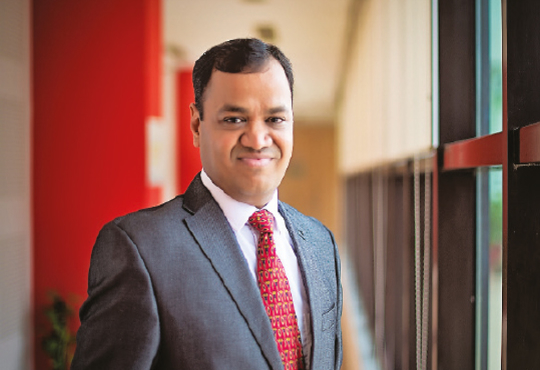 What is Multifactor Authentication

Multifactor authentication (MFA) in simple terms refers to a security system which demands more then one type of authentication from independent sources to verify the user’s identity for a secured login or any form of transaction. Multifactor authentication consolidates at least two to three credentials: what the client knows (secret word), what the client has (security token) and what the client is (biometric check). The objective of MFA is to make a layered protection and make it increasingly hard for an unapproved individual to get access to a user account, for example, a physical area, registering gadget, system or database. In the event, where one factor is undermined or broken, the intruder would still have to negotiate another security barrier before getting access.

Currently there are different types of multifactor authentication systems which exist in the world such as swiping a credit/debit card and having to enter the pin code and then being delivered an OTP (One Time Password) on registered mobile numbers to verify the ongoing transaction. Location factors are also used as a form of verification in social media apps for multiple logins with the same identification.

There are various ways to deploy MFA in an organisation, with an expansion of factors that can be used for the secondary and tertiary authenticators in substitute of passwords. Moreover, the strongest shape of authentication comes from biometrics. Your fingerprints, iris, or even heart rate are so precise that they offer a key element that needs to be a part of any multi-aspect authentication answer. As opposed to an OTP, the use of a facial popularity scan or a fingerprint as the third element (number one and secondary closing your password and telephone), you create a much harder environment to duplicate authentication systems.

The added benefit of a biometric is that you could insert them into any part of the MFA sequence. Instead of a passcode, many of us already use our fingerprints to unlock our smartphones. Deploying this inside the organisations and for financial transactions is the next step forward.

Why is it even more important now?

Today, companies are moving towards massive automation for bringing efficiencies and this has been made possible with the enhancement of technologies such as Internet of Things (IOT), robotics, machine learning and artificial intelligence. This has helped in operating and controlling multiple utilities through a single device. We are also witnessing massive developments in the automotive industry, with an increased push for telematics and infotainment systems. Even in the banking and healthcare industry there is a surge to increase the role of biometric authentication for verifying the user credentials and linkage of services. In the back drop of all these developments, the need for security and safety access is more than ever before.

The cybersecurity business, law implementation, and associations worldwide have seen a huge increment in ‘secret key showering assaults’ lately, as the developing volume of stolen accreditation stores, circling the web enable lawbreakers to easily enter organizations by speculating passwords. Secret key showering is a method where digital lawbreakers use passwords from past ruptures, or created secret word records, to endeavour access to a situation. The hackers use the hit and trial method against multiple client accounts, from a collection of data. These cyberattacks are difficult to recognize as they don’t trigger alerts.

Particularly, when we talk about automated cars as well as driverless cars, there exists a scenario where a car may be overridden through its infotainment gadget. The cars are reliant on greater software program and require regular connectivity, which in turn opens greater home windows that could potentially offer remote access to the vehicles. Hacking threats like these make many people fearful in terms of using such technologies. When we speak in the context of self-driven cars, it becomes imperative to have a strong firewall and an enhanced security system in place. As these cars are majorly dependent on telecom networks for connectivity, they become more vulnerable. And, hackers can access them to gain complete control of these vehicles to commit crimes.